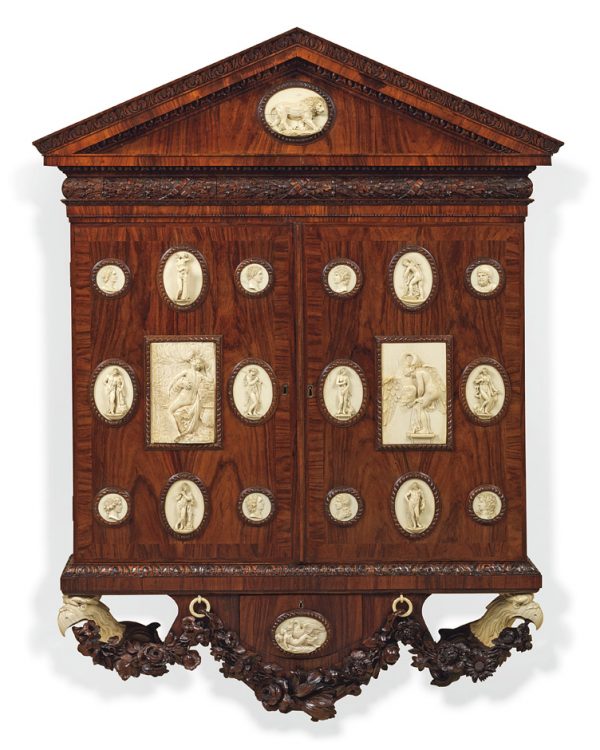 In one of the final debates in the House of Lords before the Christmas recess, peers discussed the impact of the ivory trade on an elephant population under siege.  Lord Carrington of Fulham (no relation of the former Foreign Secretary, later chairman of Christie’s) tabled the motion: ‘That this House takes note of the impact of the ivory trade on endangered species, and of the efforts being made to eliminate that trade while protecting the cultural heritage of antique ivory.’

Speakers from all sides of the house, with unanimity, spoke of their horror at the illicit slaughter of the diminishing number of elephants across the continent of Africa.  All agreed, as who would not, that stringent and enforceable efforts to ban the trade in modern ivory needed to be stepped up .  It was also notable that many of those who spoke up most vociferously for a ‘total ban’ also acknowledged the need for a common sense and pragmatic approach to bona fide works of art made of, or incorporating ivory.  For example, and with authority, Lord St John of Blesto (a long-standing trustee of Tusk) in demanding a total ban, agreed that there should be ‘exemptions’ as proposed in Defra’s Consultation (closing 29 December).

What was consistently disappointing during the debate, however, was the extent to which the preservation of endangered elephant herds was often simplified into a binary choice between a one hundred percent rejection of bona fide works of art made of or incorporating ivory, or seeing elephants continue to disappear before our eyes, and within a generation.  As the present writer and many others have demonstrated over the past three years, it is right and proper to do everything to protect threatened species, of all sorts.  But it is untrue to say that the study and collection of, or indeed the market in, historic works of art, the dating of which presents no problem to scholars and other experts, is a threat or acts as cover for the illicit trade, nor that it breeds a demand for modern trinkets.

In a measured contribution, Lord Cormack cautioned: ‘ We have to put this debate in some sort of perspective.  It is very easy to jump to the conclusion of banning everything.’  Cormack, with a long-standing interest in the arts, spoke eloquently about the lessons of history to be derived from ivory works of art made in different times, which he illuminated with examples ranging from mediaeval diptychs to portraits by David le Marchand.  He applauded the Government for suggesting that portrait miniatures might be exempt, a view shared by the World Wildlife Fund. Given that a practical solution needs to be found so that the United Kingdom is paying more than lip service to facing down the problem of illegal trade, Cormack’s suggestion of a ‘licensing system’ should be warmly welcomed.  It would be hard to put the current debate into better perspective than to quote Lord Cormack’s concluding words: ‘I hope that the Government will take time, when the consultation period is over to recognise that the immediate knee-jerk reaction, which may be a total ban, is not necessarily the right reaction.  We have the duty not only to preserve the flora and fauna of the present, but to preserve the art of the past.’

In winding up for the Government, Lord Gardiner (Parliamentary Under-Secretary of State at Defra) confirmed the intention to introduce a welcome ban on the trade in ivory.  At the same time, the Under-Secretary recognised ‘that there is a case for some items to be exempt from the ban, where the sale of such items would not contribute to the continued poaching of elephants and where a ban would be unwarranted.’  He said: ‘We recognise the case for some limited exemptions from the ban, including in relation to the cultural heritage of certain ivory items.’

Over the coming months, as the prospect of post-consultation primary legislation looms, it is to be hoped that everyone with an informed interest in the vexed issue of ivory will take the opportunity to continue engaging in discussions, and better recognise that they are not occupying mutually exclusive positions.

We can, and must save the elephant, while respecting bona fide works of art, even modest ones, that were demonstrably made before 1947.  Such creations are part of the world’s cultural inheritance, and do not impact on the illicit trade in poached ivory.