The use of ivory in historic works of art: what does the public think? 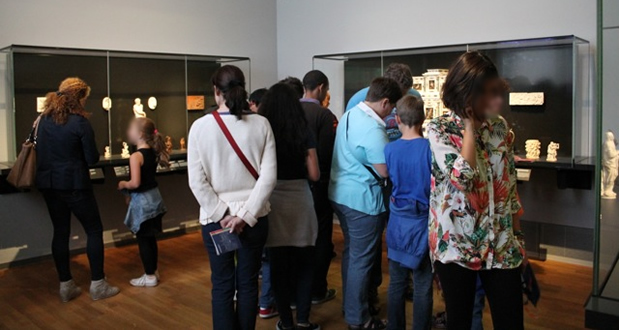 There is simply no doubt that the public derides the slaughter of endangered species, specifically the African elephant.  What is equally certain is that there is no comparable, deeply felt outcry against works of art made of or using ivory.  Both these positions are reasonable and right.

Of course, if you ask someone if they want legislation to prevent the extinction of the elephant they will say yes.  But were you to ask that same person if he or she felt that a thirteenth-century devotional ivory diptych, a seventeenth-century figure of Mars, or René Lalique’s Medusa paperweight (below) were the same issue, you would surely get a quizzical response. 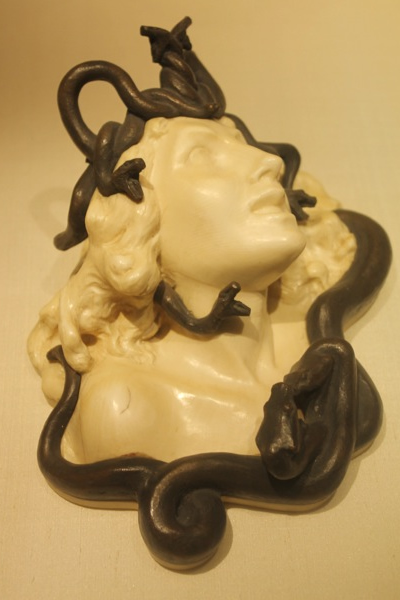 Is there evidence for this view of public opinion?  Well, over the past few weeks I have happened to visit museums in Vienna, Amsterdam and Lisbon, as well as in London.  I have taken it upon myself to observe people’s reactions when faced with rooms full of ivory objects.  I was neither surprised nor shocked by what I saw.  Visitors of all ages and from many cultures were clearly engaged by the objects they encountered and curious enough to linger over labels.  No one turned away in horror, but on the contrary appeared to appreciate quite properly the works, secular and religious, as part of their window into the artistic achievements, beliefs and interests of diverse and sometimes distant cultures.  In fact the admiration of works of art made of or incorporating ivory appeared no different to that for anything else within the museums’ collections.

Fast tracked legislation in the USA, both Federal and State, aims not only to demonise antique ivory, but also to make its movement in and out of the USA, not to mention between states, impossible.  Is this reasonable and right?  No: it is that all to familiar ‘law of unintended consequences’.  Although this is an issue that can only be resolved in Washington, concerns are being expressed around the world.

It is frequently argued by officials in the States that antique ivory has to be included in the emerging bans because no one can tell the difference between old and new production.  This is incorrect and is an unsustainable argument.  Efforts are continuing to educate and persuade all those with the power to act that the identification of historic ivory is not a problem. Nor should historic artefacts be in the sights of the conservation lobby.

Those who are involved in the public presentation, collecting or marketing of works of art fully support the aims of animal conservation lobbyists.  It is to be hoped that their voices too will be heard in encouraging and developing an appreciation of works created centuries before the elephant became endangered.  The enjoyment of antique ivory is as right and reasonable as is the duty to ensure the elephant’s survival.