A tale of two cities: new galleries in Boston and New Orleans 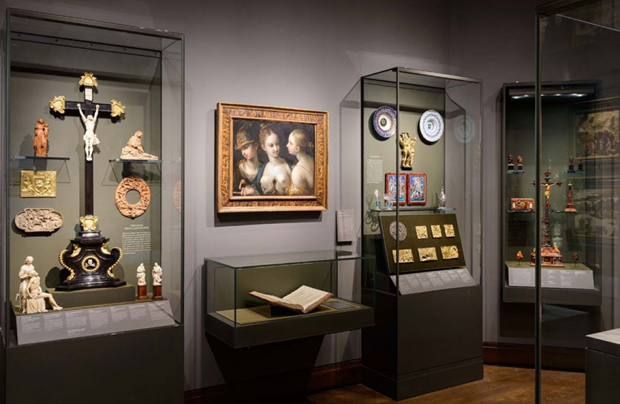 The Museum of Fine Arts, Boston has just opened a magnificent new gallery celebrating the seventeenth-century European Kunstkammer.  Different in ambition, but equally thought-provoking, is a gallery at the New Orleans Museum of Art, examining the Western concept of Orientalism during the nineteenth century.

The Boston display is confidently arranged in finely designed and discreetly lit showcases, set against grey walls.  The objects themselves, many retrieved from store and exhibited for the first time in decades, are allowed to tell their own distinguished stories.  A large group of works in amber, ivory, enamel and silver-gilt, among others, successfully evokes the spirit of historic princely collections, but with no attempt at a pastiche interior.  Arguably the single most thrilling exhibit, joining other relatively recent acquisitions, is the glorious pair of coral cabinets (1670-73) commissioned by the Prince de Ligne, recently placed on loan to the museum. 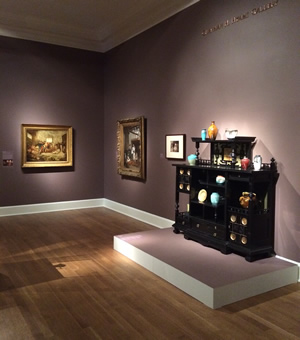 ‘Orientalism: Taking and Making’ in New Orleans addresses the widespread habit of European and American artists drawing inspiration from the art and peoples – both real and imagined – of Middle Eastern, North African and Asian cultures.  Intelligently validating objects drawn from its own collection of fine and decorative art, this gallery celebrates the diversity and progress of the nineteenth century through trade and travel, while recognising the now uncomfortable undercurrents of oppression, racism and the superficial understanding of complex cultures.

The use of a distinctly nineteenth-century set of Meissen Four Continents (after a model by Kaendler) illustrates how far away peoples were viewed, and takes advantage of works that might, under other circumstance, be dismisssed as ‘copies’.  Alexandre Marie Colin’s Othello and Desdemona (1829) shows how Westerners apply characteristics of ‘barbarism, treachery, jealousy and libidinousness onto those who are considered to be “other”‘.