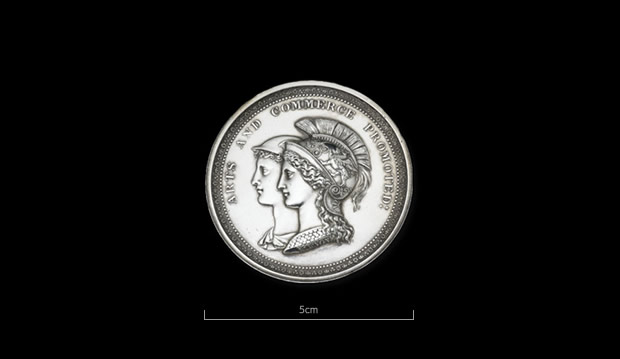 Sybella Bullock was a daughter of the entrepreneur and showman William Bullock (1773-1849), and the niece of the sculptor, designer and cabinet maker George Bullock (1782/83-1818).

Such little information as is known of Sybella Bullock’s life can be gleaned from Michael P. Costeloe, William Bullock Connoisseur and Virtuoso of the Egyptian Hall: Piccadilly to Mexico (1773-1849), Bristol, 2008.  One of William’s and his second wife Catherine’s three children, Sybella probably took her grandmother’s name, and also followed in her footsteps as a modeller and sculptor.  In later life she, and her husband James Shoolbred, lived in Mexico City, but made regular returns to Great Britain.

Costeloe records that ‘…Sybella, also clearly inherited the family ability [as an artist], winning the Society of Arts prize for sculpture [in 1825]’ (p. 86).  But at the time of writing the medal itself (see above and below) had not been found.

With the identification of this medal, formerly in a private collection, begins the chase to identify the bust itself, as well as other work by this evidently talented member of the Bullock family.

In 2017 medal was presented to the Victoria and Albert Museum. 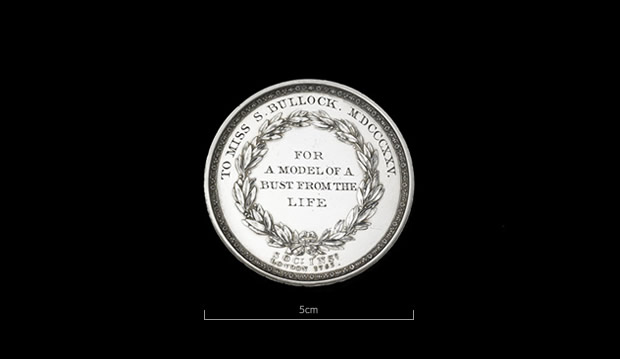