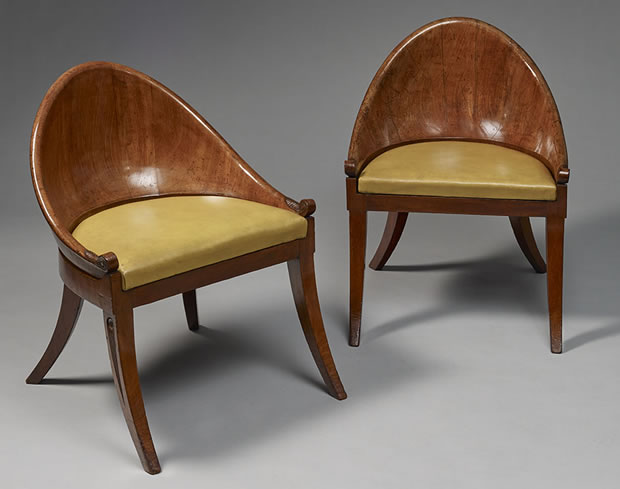 The seemingly simple form of this pair of Regency ‘tub’ chairs exemplifies Thomas Hope’s timeless genius as a designer.  Their apparently effortless curved backs seem redolent, for example, of the 1920s ‘art deco’ seat furniture by designers such as Emile-Jacques Ruhlmann (1879-1933).

The design for these mahogany chairs appears in Hope’s Household Furniture (1807), pl. XXVI, no. 5, see below.  The same model may also be depicted in a watercolour of the Flemish Gallery in Hope’s London mansion in Duchess Street; see Thomas Hope Regency Designer, exhibition catalogue (2008), cat. no. 107).  In seat furniture such as this, Hope comes closest to interpreting, in three dimensions, the linear quality of Greek design.

Based on the closeness of the published design to the present chairs, and in the absence of any other examples, it has been assumed that they were in fact part of Hope’s own collection; see Thomas Hope Regency Designer, no. 83.

The chairs were acquired by the distinguished architect Sir James Stirling (1926-92), and until recently were on loan to the National Trust for Scotland; they have now been acquired by a private collector. 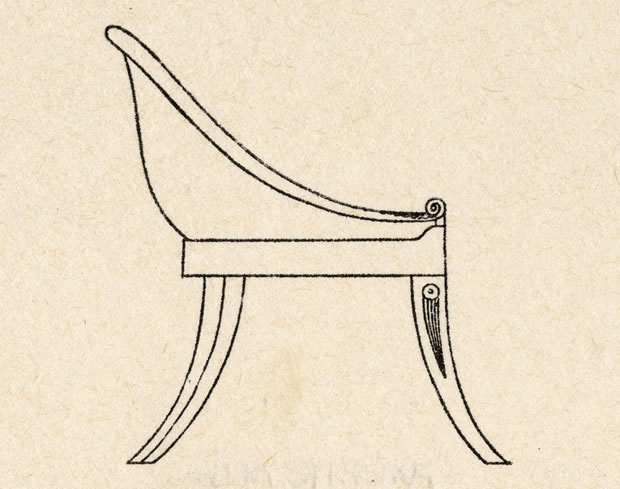