News from New York: that was the WAS that was… 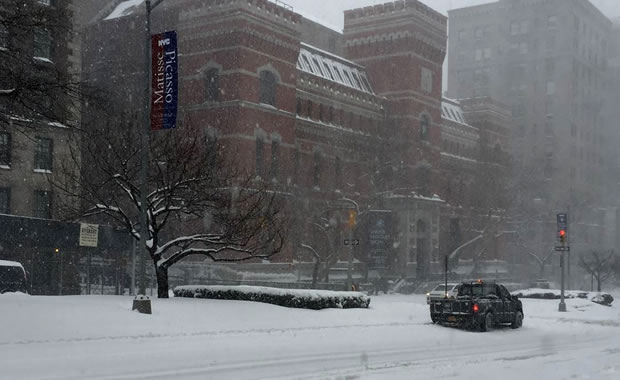 A long stay on the East Coast for the Winter Antiques Show began with a day in Washington.  It seems that fatigue is casting a shadow over many of the groups involved in the battle to retain the free movement of works of art made of or containing ivory.  Certainly loans between museums appear more viable, but for the rest, it is going to a very long and depressing struggle. I need hardly say that I believe passionately that we should fight on against this thoughtless ban.

At the Metropolitan Museum of Art, the splendid recent reinstallation of Arabella Worsham’s ‘Gilded Age’ dressing room has led to a reappraisal of the little know cabinet-maker and house furnisher George Schastey.  In an exhibition, from which the room itself can be seen through its own window, elements of Schastey’s diverse, and uneven, output are shown in front of large-scale photographs of interiors.  Context is given by the work of Herter Brothers, Pottier & Stymus, and other better known makers.  As Morrie Heckscher observed, the result of the museum’s project is ‘perfection’.  More related discoveries clearly remain to be made.

Despite the now famous snowstorm that hit New York on the opening Saturday of the fair (see above), everyone reported brisk activity that day, from those determined to brave the elements. Walking home that night from the Carlyle, down the middle of a silent, car-free Madison Avenue, was a delight.  As ever, the fair was a pleasure for its participants; was seamlessly organised, and evidently appreciated by visitors from across the country.

We were flattered that our stand was warmly acknowledged in the New York Times (see below), and it turned out to be a good year for pots! 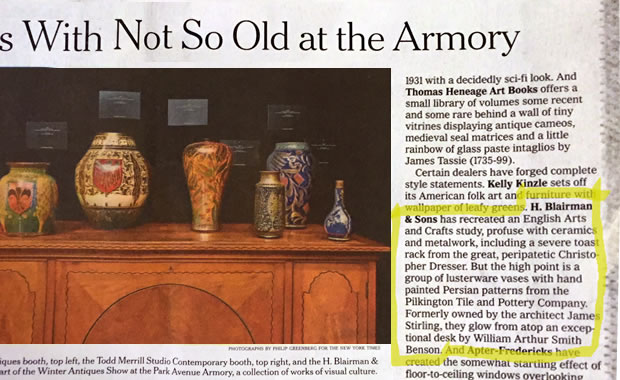 Now back to prepare for TEFAF, Maastricht, which is only weeks away.