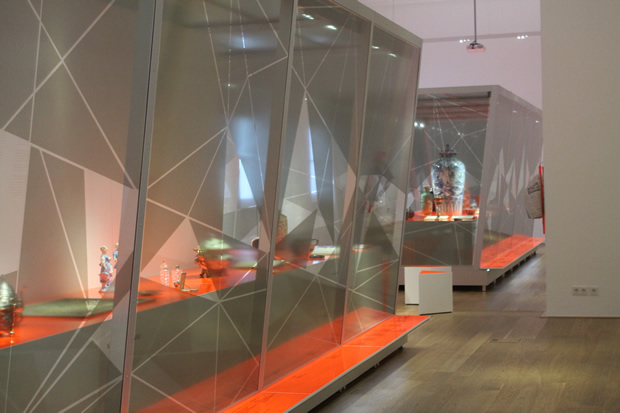 Looted art (raubkunst) has been a more evident feature on museums’ agendas, across the world, since an appropriate approach to art spoliated during the Nazi era (1933-45) was enshrined in the Washington Agreement (1998).

In brief, museum directors concluded that their institutions should search diligently into the origins of works in their collections if there was no satisfactory provenance relating to the years 1933-45.  Where works could be shown to have been stolen, return or compensation would be offered to heirs of the families who were deprived, and often murdered. 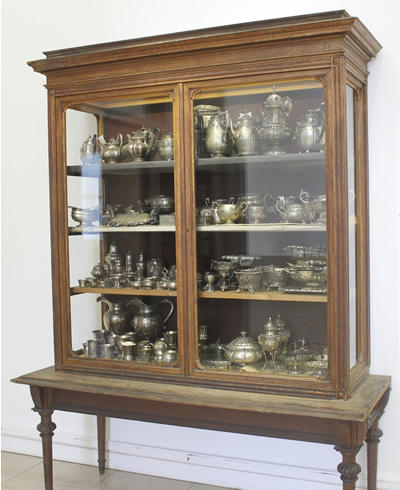 The nature of persecution in Hamburg during this dark period is discussed in Frank Bajohr, ‘Aryanisation in Hamburg’: The Economic Exclusion of Jews and the Confiscation of their Property in Nazi Germany, New York and Oxford, 2002.  Now in ‘Raubkunst?’, an admirable exhibition that opened on 12 September and runs until November, the Museum für Kunst und Gewerbe in Hamburg has created a prominent display demonstrating the work it has done, and is continuing to do, on problematic provenance issues.

Immediately to the left of the entrance to the museum (see right) is a stark showcase filled with anonymous-looking silver.  This is a poignant reminder of how many commonplace artefacts were appropriated from anyone who was subject to persecution. Here we see not Klimts, Constables and old master drawings, but the domestic silver that formed part of daily middle-class life.

The two big show cases that form the main display (see above) suggest the broken glass of ‘Reichskristallnacht‘ and allow fractured views of objects that have been identified as looted.  Panels around the walls highlight particular cases, and explain solutions that have been found. The museum curators explain, as is clear from reports published in the UK by the Spoliation Advisory Panel, that establishing the circumstances surrounding items lost during the period 1933-45 is complex and requires very thorough investigation.

In addition to works of art, ‘Raubkunst?’ includes in its display examples of some of the evidence that is used in provenance research: photographs, letters, newspapers, auction catalogues and legal documents.  Panels also draw attention to the uncomfortable relationships between some museum officials and dealers, and the Nazi regime.  The exhibition extends around the museum, where various objects in its collection are highlighted with a bright orange label describing recent provenance research.