Ivory: the latest developments are not a cause for optimism 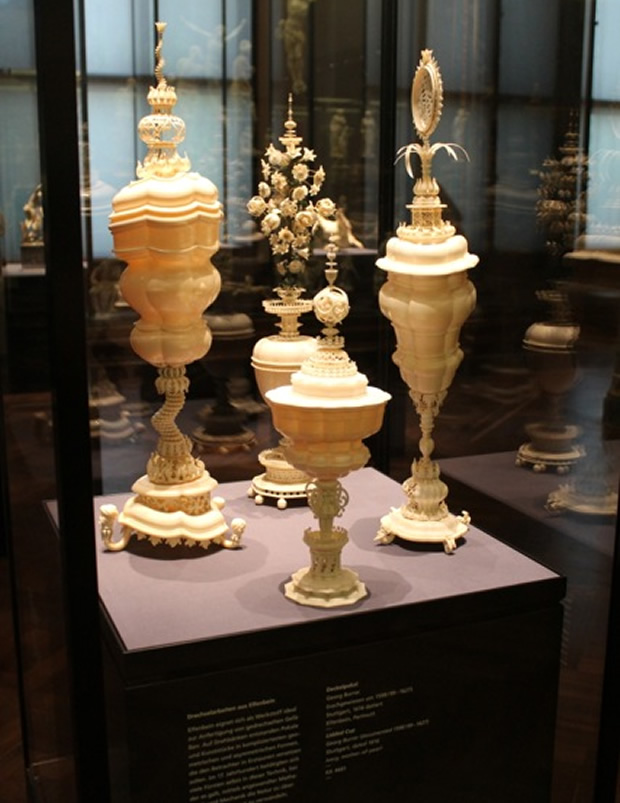 A hearing of the Congressional Oversight Committee in Washington, scheduled for 26 June, will take evidence on the proposed (in reality de facto) ban in the United States on the commercial movement of antique cultural objects made of or containing ivory.   Although strenuous efforts to exert influence continue to be made through diplomacy, by the museum world, by collectors, and by those engaged in the market, the support for an outright ban is gathering pace.

The terms of the debate are being almost entirely framed by the conservation lobby, with scant (if any) recognition that the ownership, study and even transfer in ownership of seventeenth-century ivories (such as those illustrated above from the Kunsthistorisches Museum, Vienna), eighteenth-century ivory-mounted wall cabinets and nineteenth-century busts of Napoleon, have zero impact on the fate of a modern African elephant.

News at the end of last week from means that the ability to trade antique ivory works of art will, in effect, no longer exist in New York State: a draconian ban is to be enacted into law: http://www.nytimes.com/2014/06/21/arts/design/law-to-impose-tough-limits-on-sales-of-ivory-art.html?emc=eta1&_r=0

And meanwhile, there is evidence that the conservationist NGOs are once more turning their sights on Europe.  For now, however, all attention has to be on Washington, and it is there that lobbying is continuing apace.  The argument should not be be ‘us against them’, but rather a debate centred on the reasonable aims and demands of both sides.  Is that too much to ask?