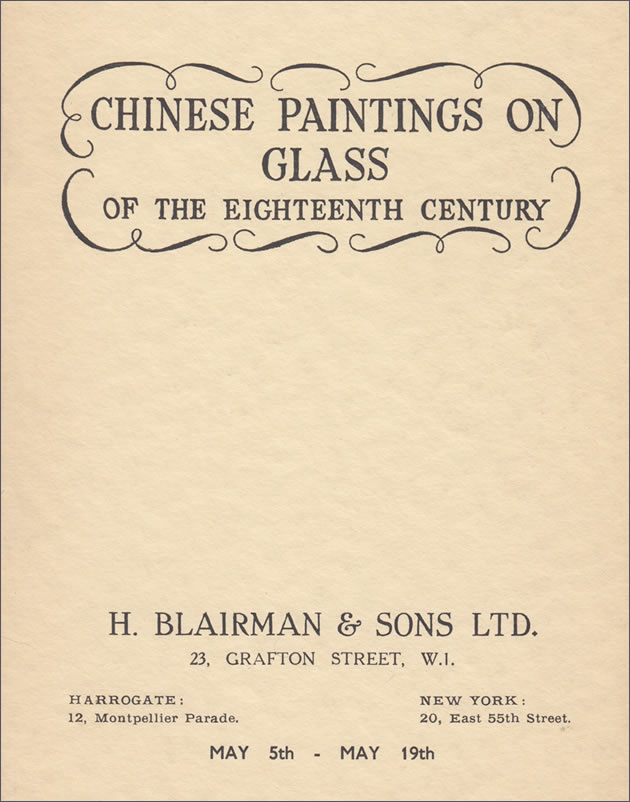 Philip Blairman took an early interest in eighteenth-century ‘Chinese mirror paintings’. Our records show him handling such work from the 1920s onwards.  Blairman held several exhibitions of glass pictures.  A catalogue, sadly undated, is included in the archive, but it probably dates from the period of World War II, when the firm had gallery space in New York.  Also included in the archive is an article by Philip Blairman in The Magazine Antiques (December 1941) entitled ‘Chinese Mirror Paintings of the Eighteenth Century’.  Notable collections formed by Philip Blairman include that for Sir James Horlick.

There has recently been a marked re-kindling of interest in this hitherto under-researched field. In early 2020, the Vitrocentre Romont in Switzerland offered both the exhibition ‘Reflets de Chine: three centuries of Chinese glass painting’, as well the accompanying scholarly conference ‘China and the West: reconsidering Chinese reverse glass painting.’ In addition, Thierry Audric’s, Chinese reverse glass paintings 1720-1820, an artistic meeting between China the West – the most comprehensive treatment of the subject yet to have appeared – was also published in 2020. 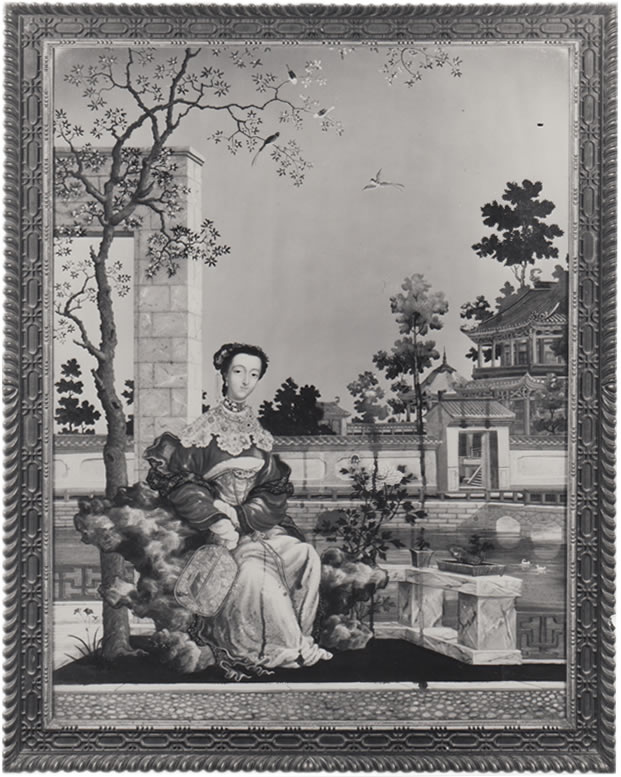 Blairman holds an extensive archive, including thousands of photographs covering all our areas of interest, past and present.  Given the renewed interest in Chinese reverse glass pictures, we have decided to make this particular archive more widely available.  Users will find a handful of duplicates and, for example, the Harewood House picture, which did not pass through our hands.

We would respectfully request that any published references using this archive acknowledge the ‘Blairman archive’.  For further information, please use the contact details below.