Expertise and enthusiasm: present and future appreciation of the decorative arts 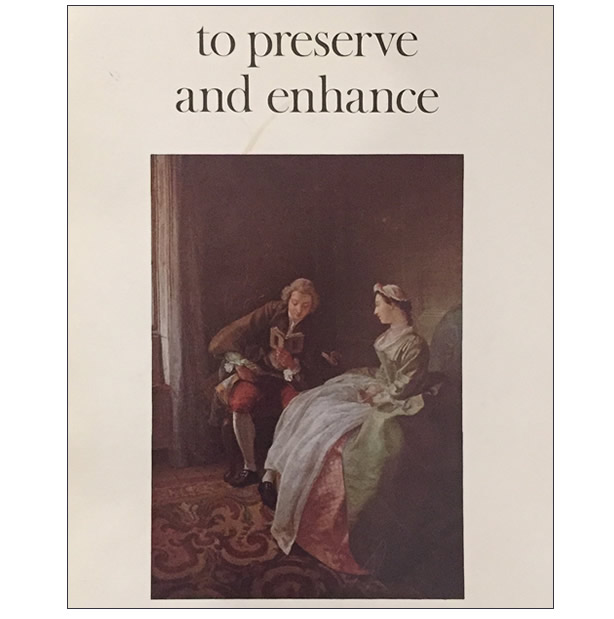 For many years now, there has been a perception that so-called ‘traditional areas’ under the umbrella of the ‘decorative arts’ have fallen from favour.  But what does this mean?  Is this a reference to the market, or to public appreciation?  Surely it is the case that that those who pack National Trust houses each year; who travel far and wide to visit museums and churches, and who book tickets for exhibitions such as ‘Jerusalem 1000-1400 Every People Under Heaven’ (Metropolitan Museum of Art, September 2016-January 2017) or the celebration of Pierre Gouthière (now in Paris), are telling a different story?

To begin at the end, we have just returned from TEFAF Maastricht where, as ever, collectors, students and others with a general interest in works of art flocked in their thousands to see, handle, purchase, or simply appreciate works of art of every kind, created across the millennia. In particular, groups of students and young museum professionals enthusiastically made the trip, often benefitting from sponsorship, to take the opportunity of engaging with works of art at first hand: the only way to gain connoisseurship.

With some justification, Anna Somers Cocks has taken the V&A to task over (long-term) changes that have not helped junior curators slowly to build up their expertise (The Art Newspaper, online, 13 March 2013).  It is certainly the case, however, that both this great museum, and many others around the world, are populated by men and women in their thirties and younger, who have overcome theoretical art history degrees (appropriate for careers in academe), to develop a passion for beauty and a knowledge of ‘things’.

But, in many ways, faith in the value of  ‘classic’ objects, under constant negative scrutiny in the press, has been dealt its most devastating and high-profile blow by Christie’s decision to close its famous South Kensington rooms, and to let go some senior decorative arts specialists from King Street, New York and elsewhere.  Somers Cocks wrote that ‘If you need someone to tell you what your porcelain shepherdess is, you would do better going to a dealer than to the museum’.  Sadly, this is no longer the case.  It is not for me to comment on a business decision made by the board of another company, but I do feel that the direction being taken by Christie’s smacks of short-termism, and puts at great risk intellectually its ability to be taken seriously as a player in the art world, beyond its current obsession with contemporary art.

I am among the hundreds of Christie’s alumni, in my case a two-year stint as a ‘student porter’ in the early 1970s, who gathered just last year to celebrate the firm’s two hundred and fiftieth anniversary.  All of us who worked at the firm in those days not only learned much that we were later able to pass on, but also formed solid and lasting friendships: qualities not measurable on a balance sheet, but which are nonetheless hugely valuable.  Daily sales at King Street, under the terrifying and watchful eye of Jim Taylor, and with ‘Mr Guy’ observing all from the balcony outside his office at the front of the building, allowed us to look at thousands of objects and watch experts handle pieces, while at the same time being able to overhear their comments.  To this day, I remember Hugo Morley-Fletcher in raptures over a pair of St Cloud white porcelain magots he had brought in for sale.  And it was while at Christie’s that I developed my passion for nineteenth-century design, and bought my first Philip Webb reclining chair, at a country auction, for £40.

In his ‘Editor’s Letter’ (Apollo, April 2017) Thomas Marks draws attention to Susan Moore’s observation that its current position ‘smacks of … hubris [and Christie’s] putting all its eggs in one or two baskets – modern and contemporary art.’ [click here to read].  Marks himself opines that ‘The broader demise of the type of knowledge gained through close looking, handling, and researching objects should be of concern not only to the art trade but also to museums and academic art historians.’ [click here to read]

Marks concludes by asking for ‘further ideas that might help revive connoisseurial knowledge. Then let’s turn them into actions.’  How right he is, and I echo the ‘demand’ that we must not let this opportunity pass.