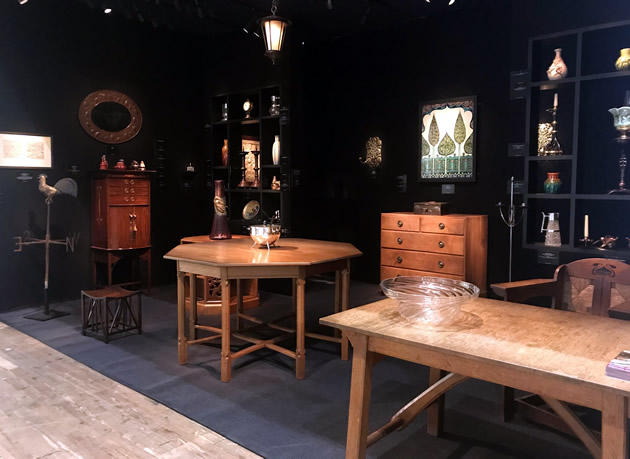 During the day on Tuesday, the team made light work of turning tool boxes, lighting tracks and crates containing furniture and works of art into an elegantly decorated black box.  One day, perhaps, I’ll arrive on a stand believing that the carefully chosen exhibits will all fit as planned! 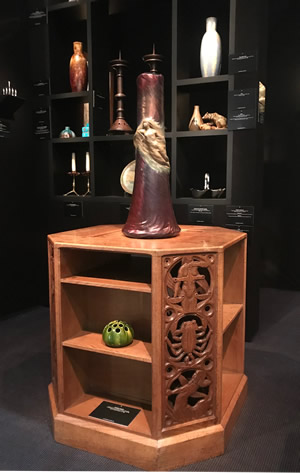 Our stand this year is built around a group of documented work from the English Arts & Crafts Movement, much of which comes directly from descendants of the original patrons, and is appearing on the market for the first time.

As ever, we have a little extra space on the outside of the stand, and here we are  showing three from nineteen panels of William Morris (1834-96) Campion pattern, recently removed from the Scottish house to which it was supplied towards the end on the nineteenth century

We are also privileged to be offering a small number pieces from Crab Tree Farm that are not considered core to the collection.

Photographs taken during the set up, so drill hall floor boards still in evidence… 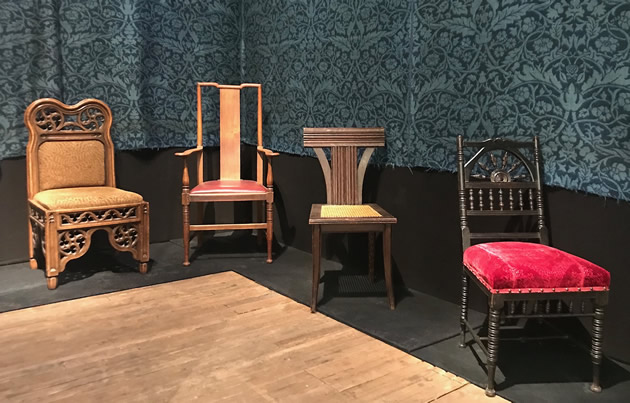