Benin bronze on display at the British Museum [Credit: Son of Groucho/Flickr]

On the big global issues, 2018 is drawing to an uncomfortable close.  And on undoubtedly more parochial matters, of cultural significance, the zeitgeist seems to be driving us towards some dubious decisions.  Whether on ivory, about which I have probably said far too much over the past four years, or on objects in museums for which repatriation is now being ever more actively and widely sought, there is a common thread.  It is a feel good, easy position-taking that risks looking at history from a simplistic standpoint, lacking any nuance.

President Macron’s surprising announcement that France would be returning some Benin bronzes to Nigeria raised eyebrows in many quarters.  British Museum Director Hartwig Fischer (Financial Times, 5 December) could not have put things better.  He wrote: ‘I was surprised to read the editorial “Museums rise to Macron’s art challenge” (December 1), which included a number of errors… It seemed to accept at face value that all objects in museums are “stolen”, ignoring the complexity of the ways in which museum collections are formed. There was no acknowledgment of the very extensive work that museums have undertaken with colleagues in Africa for many years … Museums play a vital public role in helping us understand world cultures… We can – and must – do more to address relevant questions of colonial collecting and confronting our past.  We have a long way to go but surely working together in collaboration and dialogue with our colleagues in Africa must be the key.’

Although since the Washington Conference (1998) there has been a degree of international consensus on the issue of spoliation during the Nazi era (1933-45), there remain improvements to be made, not least over varying approaches taken by different signatories.

Once other matters preoccupying Parliament have been resolved, the Ivory Bill will be well on its way to receiving Royal Assent.  This poor piece of populist legislation will do little to achieve its aim of preserving  the endangered elephant, but will put at risk over the next decades thousands of historic works of art.  It can only remain to be hoped that the regulations that will be written for the administration of the Act will support the aims of the legislation, without unreasonably hampering the movement of bona fide cultural objects.  Some of the specific wording in the Act gives marginal grounds for a degree of optimism, perhaps.

Meanwhile, on matters closer to home, we have just sent off to New York a collection for display at the Winter Show (18-27 January with a preview on 17 January).  Our exhibit will highlight the English Arts & Crafts Movement, and further details will follow in the New Year. 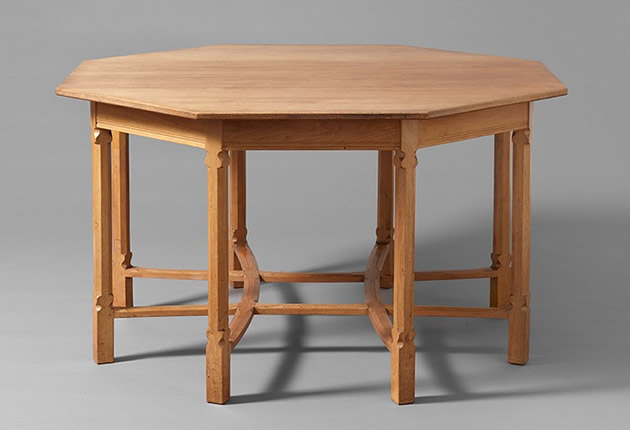