Reading hourly of the human cost of events around the globe, it is sometimes hard to worry too much about ivory.  But in ‘our’ small world it is a significant issue, and one that we should continue to address.  Although throughout the States many are enjoying vacations, lobbying efforts in Washington and elsewhere continue unabated. 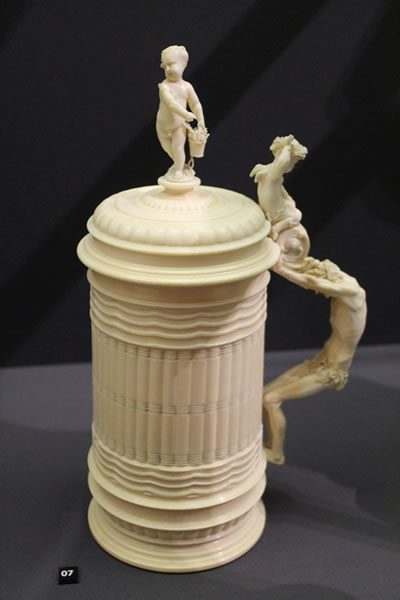 It is evident that there is evolving recognition in the corridors of power that banning the import, export and internal movement of works of art made from, or incorporating, ivory is an uninteneded and widely unwelcomed anomally.  But it is a tough battle.

It was encouraging, for example, that in an edition of Charlie Rose (PBS) at the end of last month, in the midst of an excellent and well-argued presentation about endangered species by Patrick Bergen of the African Wildlife Foundation, Marcus Asner, a member of the President’s Council on Wildlife Trafficking, noted positively that the ‘antique question’ was one that needed to be addressed.  And, of course, better still, Congress has before it a bi-partisan Bill entitled the ‘Lawful Ivory Protection Act’.  For this, gratitude is owed to many individuals and groups, ranging from individual collectors, museums and auctioneers, to the powerful National Rifle Association; and of course to the Bill’s sponsors..

Pressure needs to be maintained. It was, perhaps, understandable under the circumstances, that the White House ‘Fact Sheet: US Support for Combating Wildlife Trafficking’ issued during the US-Africa Leaders’ Summit this month sounded as uncompromising as ever on the ‘antiques exception’.  But perhaps not too much should be read into this?

When Congress returns, there will be only twelve legislative working days before November’s mid-term elections, and during that time a slew of legislation will require action, not least approving the National Budget.  Lobbyists will, all the while, be fighting to see through the legislation that would help return the movement of antique ivory to the position that obtained before February 2014.

On balance, the cup (or, here, the tankard) appears half full.