A pen (and paint brush) made by William Morris 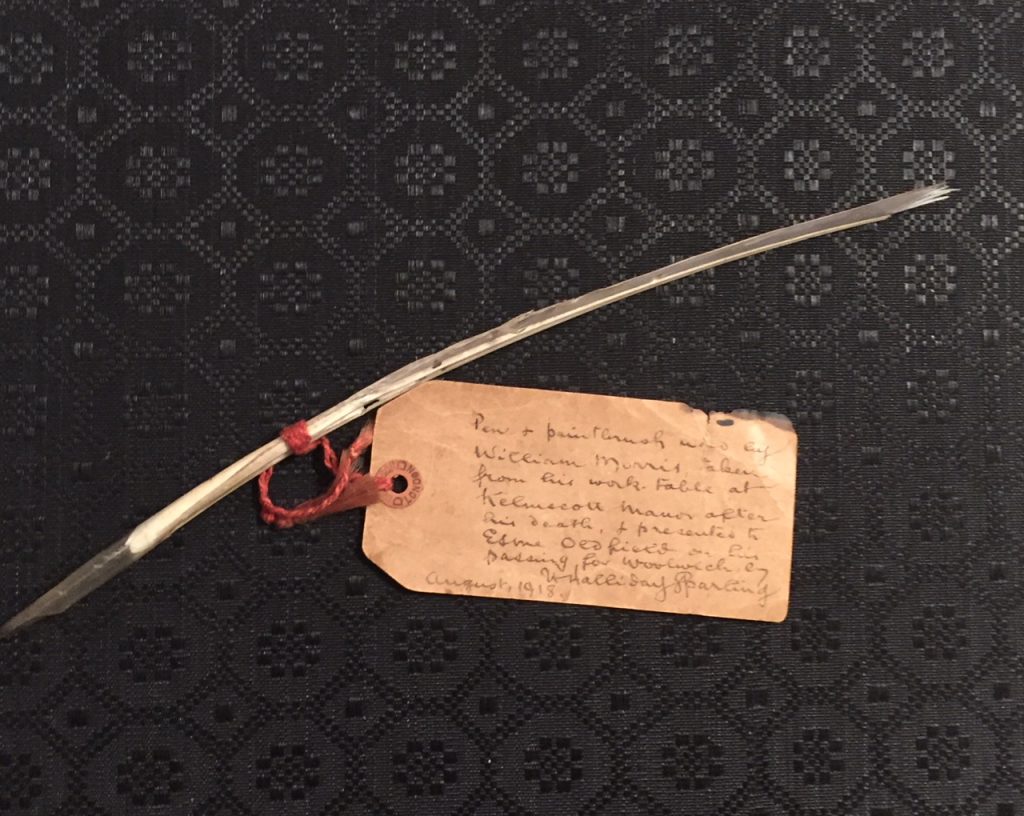 In 2012, when the Brandon-Jones collection was acquired by the Nation through the Acceptance in Lieu scheme, Red House in Bexleyheath (designed by Philip Webb for William Morris) was allocated several personal items that had belonged to Morris’s close associate Webb; these included his Gladstone bag containing maps, his drawing set, his paint box, a tobacco jar, and a portable pipe.  There was also an inscribed tortoiseshell and silver snuff box that ‘belonged to William Morris and was given after his death by Mrs Morris to Philip Webb by whom it was bequeathed to Emery Walker’ (illustrated below). 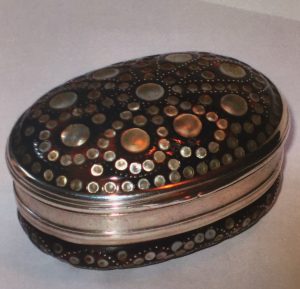 Personal objects with a direct link to famous figures from history enjoy a particular allure.  One of the nineteenth century’s great polymaths was William Morris, whose influence continues to impact on our lives, not least through his ubiquitous textile and wallpaper designs, many of which remain in production.  He was also a prolific writer.

The pen (above) appeared at Special Auction Services, 1 August 2017, part of lot 67.  The paper label reads: ‘Pen & paintbrush made by William Morris, taken from his work table at Kelmscott Manor after his death, & presented to Esme Oldfield on his passing for Woolwich, by H[enry] Halliday Sparling August 1918’.  Sparling was married briefly (1890-94) to William’s daughter May.  One wonders what words were written by this modest, workaday piece, made by Morris himself.  The quill pen has been accepted as a gift by the Society of Antiquaries for display at Kelmscott Manor.

Meanwhile, the Society continues in its fundraising efforts to secure the future of the Manor, and to reinterpret the site and its interiors beyond its much-loved status as a Morris shrine.  The aim is to echo his wider interests, and those of the Antiquaries.  Details can be found by clicking on the link below.

KELMSCOTT AND MORRIS: PAST, PRESENT AND FUTUREFind out more at www.sal.org.uk/support-us/kelmscott-manor-campaign